The next step in the evolution of air-injected nozzles.

Greenleaf Technologies introduced the first air-injected twin-fan nozzles in 2005. In 2011, Greenleaf Technologies again led the way with the Asymmetric DualFan nozzle (TDAD/AMDF). With this nozzle, the spray patterns are oriented 10 degrees forward and 50 degrees rearward to allow for greater variations in boom height. Between 12 and 22 from the turf, the Asymmetric DualFan nozzle has less than 5% variability in spray distribution across the boom length, preventing the striping effect often seen when booms get too close or too far away from the spray target. Because this nozzle sprays both forward and rearward, much better coverage is achieved on both sides of the leaf blade. 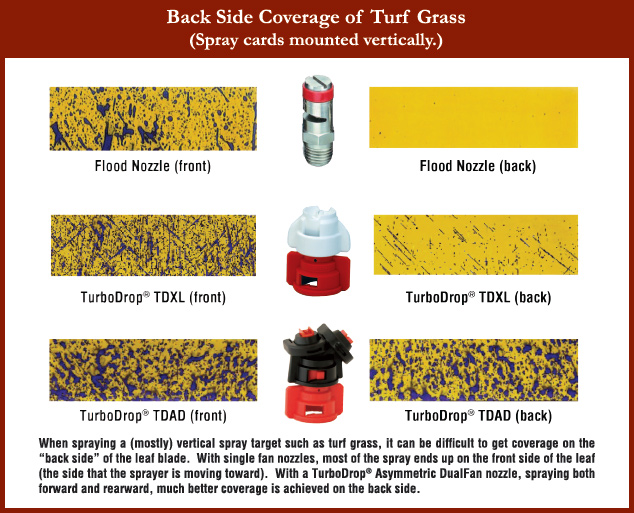 The Asymmetric DualFan nozzle is also available in an AirMix version with a 20% higher flow rate than the largest TurboDrop DualFan. The AMDF12 combines two AM11006 air injected nozzles in a DualCap with a flow rate of 1.2 gpm at 40 psi. 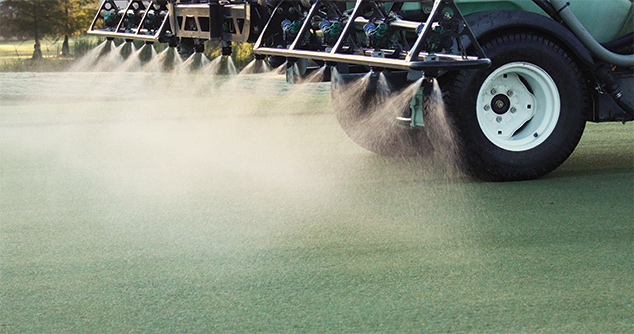