See the Tavium® tabulation charts below for additional information

See the FeXapan® tabulation charts below for additional information


The D Versions of the TurboDrop® nozzles were designed with Dicamba, 2,4-D and glyphosate in mind, where a coarser spray is desirable. These nozzles deliver Ultra Coarse (UC) and Extremely Coarse (XC) droplets for maximum drift control across a wide operating range. The air-energized droplets provide better coverage than solid liquid droplets of similar size by increasing the number of droplets in the spray, by accelerating the droplets into the canopy, and by improving the spreading dynamics of the droplets on impact. The D version of the TurboDrop® DualFan has the ability to cover the target from two to four angles of attack to further enhance chemical performance. 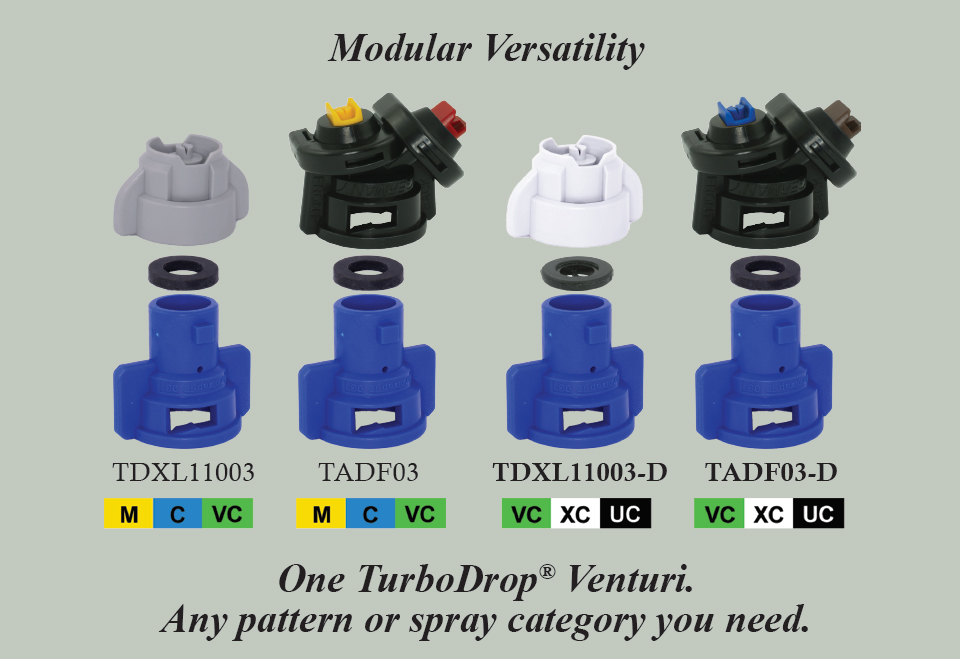 Standard version (on left) can be converted to D versions quickly and inexpensively by simply changing the pattern tip(s).
The DIF4 diffuser is required for the TDXL-D version.